Everything is inherently better with drag queens.

In multiple past reviews, I’ve mentioned both my love of British comedies, and my love of any movie that involves drag. Kinky Boots (2005), the movie that inspired the hit musical of the same name, is a delightful little movie that seamlessly blends the best of both worlds. Not to sound like a broken record, but if you’re looking to have just an all-around enjoyable, fun, light, movie-watching experience, literally watch any movie from the UK or any movie that features drag queens. Shameless plug, but there are several movies of each featured in the “A-Z List of Reviews” tab on this very website. Check it out!

Based on a true story, Kinky Boots follows Charlie Price, a strait-laced young man who’s just inherited his father’s struggling shoe factory. Known for making men’s dress shoes, the factory is in danger of closing if Charlie cannot think of a niche market to sell to. When he meets Lola, a larger than life drag queen, the two pair up to create custom footwear for drag queens: heels that will support the weight of men.

First things first, if you haven’t seen “Kinky Boots” the musical, check out the soundtrack immediately. Seriously, it, and the rest of the show as a whole, are sensational. Which isn’t surprising considering how great a movie it’s based on. Kinky Boots is one of those rare movies in that despite seeming like it’s only going to appeal to a certain audience, it actually has a little bit of everything for everyone. There are characters you can relate to and want to see succeed, there’s comedy, there’s camp, and there’s even compelling, realistic drama. Kinky Boots definitely has its fair share of gut-punching emotional moments, but overall, it possess an optimistic, hopeful tone that makes it impossible to resist. 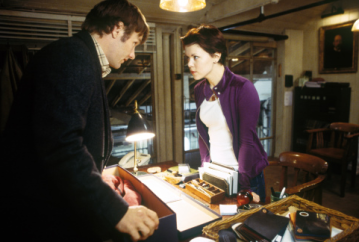 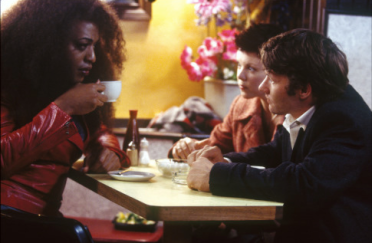 Part of what makes Kinky Boots so irresistible is Chiwetel Ejiofor’s magnetic performance as Lola. Honestly, get ready for a solid 90 per cent of this review to just be me talking about Lola because Ejiofor’s performance is just that astounding. Ejiofor gets it. He embodies everything that Lola is and stands for so flawlessly, that if you told me he had spent years as a down on her luck drag queen, I’d believe you in a heartbeat. The amount of emotion Ejiofor is able to convey just through his expressions is impressive. With just a look, you can tell if Lola is feeling fabulous, confrontational, guarded, or hurt. And believe me, during the movie’s run Ejiofor is able to explore all these facets of the character and so much more.

Lola is a meaty role with a handful of moving monologues to perform, and Ejiofor knocks each and every one out of the park. Now, add singing, dancing, and physical comedy on top of that, and you’d be hard-pressed to deny that Kinky Boots isn’t unequivocally Ejiofor’s movie. Ejiofor leads Kinky Boots with such charisma and light, that it’s a real shame he hasn’t been cast in a movie this fun, since. Oh wow, I’m having a revelation…the level of camp and fabulousness that Ejiofor brings to Lola is exactly the level he needed to bring to Scar in The Lion King (2019). By the way, check out my review for that movie, here. 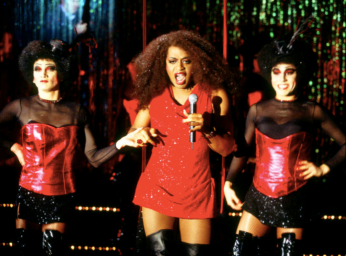 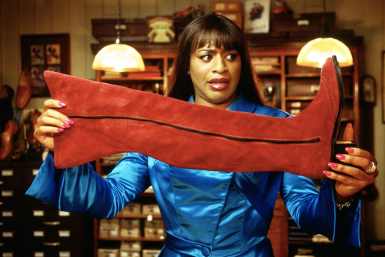 Joel Edgerton plays Charlie, the perfect straight man (pardon the pun) to Ejiofor’s Lola. More than that though, Charlie is the heart and soul of the movie and it’s a part that Edgerton nails perfectly. For someone whom I mostly associate with action roles, he really knows how to play a shy, scrappy, protagonist who you can’t help but root for. Edgerton and the rest of the supporting cast endow Kinky Boots with the type of rousing spirit and quirky charm that make the stage show such a beloved Broadway smash.

Kinky Boots is an underdog story whose can-do attitude and fearless optimism will make any viewer want to join in the factory fun and start crafting their own pair of outrageous footwear. It’s a fun and casual story that might not seem like much on the surface, but manages to explore heavy themes as well. Not every movie is capable of walking the line between comedy and drama, but Kinky Boots manages to do so with just the right amount of style and panache. I mean, how many other movies are able to touch on race, sexual identity, and father and son dynamics, while also including such outrageousness as arm wrestling, walking a runway while wearing underwear, and the line, “burgundy…please God, tell me that I haven’t inspired something burgundy.” 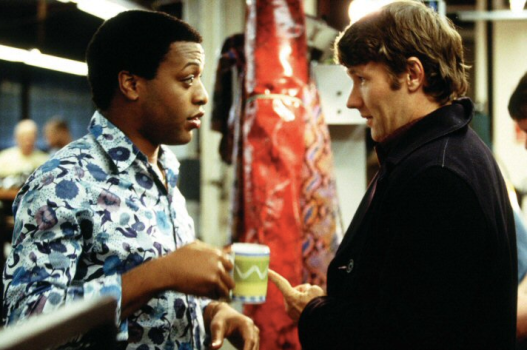 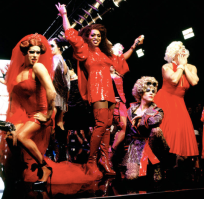 If you’re a fan of AMAZING movies like The Birdcage (1996) or Some Like It Hot (1959) – check out my reviews, here and here– then Kinky Boots is absolutely mandatory viewing. I feel like plenty of people know about the musical but not nearly know about this plucky gem of a movie, and that’s a straight-up crime. A movie that’s perfect for, “ladies, gentlemen, and those who are yet to make up their mind,” Kinky Boots is a pleasing and uplifting story that I could watch again and again. It bears repeating: If you want to make a successful, beloved, emotionally-moving movie, just add drag queens!