This movie doesn’t just need a doctor. It needs a brain surgeon.

After leaving the theatre and before posting my review, I like to sit with a movie for as long as I can. I mull over all its pros and cons, think about what impressed me and what made me cringe, and if I would recommend it to anyone. After seeing Dolittle (2020) I remember thinking, “okay, that certainly wasn’t the greatest family comedy I’ve ever seen but y’know what? It wasn’t that bad!” However, now that I’ve had time to really consider it, Dolittle was in fact that bad. Again, definitely not the worst thing I’ve ever had to suffer through, but definitely not worthy of me telling a few friends and family members, “I think you’ll like it!” Yikes, my bad.

Inspired by the book, “The Voyages of Doctor Dolittle,” Dolittle sees the titular doctor embarking on a quest to save the ailing Queen Victoria. Seeking a rare fruit with healing properties, Dolittle is accompanied on his dangerous voyage by his young apprentice, Stubbins, and a collection of animal sidekicks.

In my review for the Eddie Murphy-led Dr. Dolittle (1998), which you can check out here, I mentioned that anytime a movie about talking animals is released, I’m guaranteed to see it. I’ll admit, the all-star voice cast giving life to this menagerie of decently rendered CGI animals was the main reason I wanted to see this movie. Though A-listers like Emma Thompson, Rami Malek, Octavia Spencer and Ralph Fiennes were delightfully distracting, even their charisma and whimsy weren’t enough to save this bland animal odyssey.

The main problem with Dolittle is how one-dimensional it is. It may be a straightforward adventure story, but in its nearly two-hour runtime the movie never manages to create any scenes of genuinely engaging action, suspense, or conflict of any kind. Despite there being a fire-breathing dragon, an island of thieves and a treacherous scientist, the movie fails to generate hardly any thrills. Dolittle desperately wants to be a fantastical epic, perhaps even the beginning to a franchise if the shameless plea for a sequel in the movie’s closing moments are to be believed, but there just isn’t enough steam to get this train out of the station. The underdeveloped plot is fairly low-stakes and none of the human actors seem to be particularly interested in anything that’s going on.

In the title role, his first outside of the Marvel Cinematic Universe since The Judge (2014), Robert Downey Jr. delivers a disappointing performance. Constantly squeaking and chattering, Downey Jr.’s Dolittle is essentially a kookier, more unhinged version of his character from Sherlock Holmes (2009). Unfortunately, it’s made petty clear that Downey Jr. is phoning this one in. You know you’ve fucked up when the title character is the least exciting part of the movie. Oh my God and what was up with his perplexing, allegedly-Welsh, accent? It’s a bizarre, jarring dialect that sounds like no one you’ve ever heard before. It’s almost as bad as Anne Hathaway’s in The Hustle (2019). By the way, you can check out my review for that movie here.

Throughout the movie the normally charismatic actor comes off as uninterested, failing to make the character a hero worth caring about. What’s worse is that Downey Jr. never seems to realize just how silly of a movie Dolittle is and treats all of his scenes with just a touch too much severity. Unlike Michael Sheen who, as the villainous Dr. Müdfly, is straight out of a cartoon. Zany and crazy, Sheen does his best to save this sinking ship of a movie.

The one thing that saves Dolittle from being truly awful is the voice cast. Although the actual dialogue they’re given is stale, the actors bring so much fun and wackiness to their animal counterparts that it in turn makes the often-dull movie almost worthwhile. Focusing on the celebrity voices and their fleeting moments of actual entertainment helps to distract from the movie’s weak story and cheap-looking production design. Speaking of cheap, the effects in Dolittle are passable at best, and a far cry from the visual excellence of a movie like The Jungle Book (2016). Doesn’t it feel like Disney should have made this movie? I mean, you already have animals helping your protagonist get dressed. Come on Disney, that’s your territory! Sidenote, I would pay good money to see the HOURS of behind the scenes footage of Downey Jr. pretending to talk to animals on a green stage. 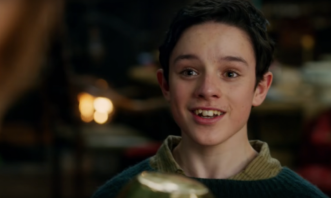 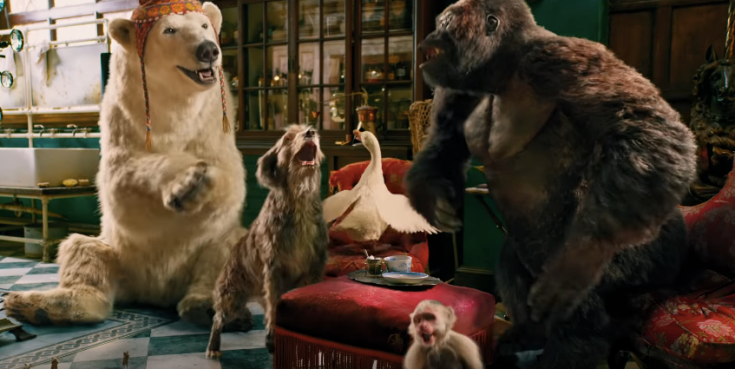 Basic and forgettable, Dolittle is far from being a good movie. However, it’s just watchable enough to pleasantly entertain kids and anyone who might stumble upon it on Netflix. If you’re going to see Dolittle, definitely only do so on Netflix. To its credit, Dolittle seems to be aware of how cartoony it is, never taking itself too seriously. That awareness let’s the audience have a little bit of fun. Emphasis on a little bit. Hmm, would this have been a more enjoyable movie if it were more of a swashbuckling adventure? If there were live animals? If it actually had a coherent script that didn’t explain away all forms of conflict or characterization? We’ll never know. It doesn’t take a doctor to diagnose that Dolittle is a franchise that’s officially flatlined.

Will you take a chance on Dolittle?