Everyone has that movie that they’ve never seen that all of their friends are like, “oh my God you have to see it, you’ll LOVE it!” For me, that movie was Bring It On (2000). I’m ashamed to admit that until a few days ago, I had never seen this cult classic. Which is honestly a shock because Bring It On is right up my alley. An early 2000s teen comedy starring Kirsten Dunst and Gabrielle Union? About competitive cheerleading? Fuck yes to all of this! As expected, my friends were right and I ended up loving this movie. Note to self: Listen to my friends more. They know what’s up.

Bring It On tells the story of Torrance Shipman, the enthusiastic and newly-appointed captain of her high school cheerleading squad, the Toros. As the National Cheerleading Competition looms closer, Torrance struggles with recruiting new members, crafting an original routine, and going head-to-head with rival cheer squad, the Clovers.

I turn up for a good teen / high school comedy. Ferris Bueller’s Day Off (1986), Clueless (1995), 10 Things I Hate About You (1999), Mean Girls (2004)…I mean, it’s no wonder Ariana Grande dedicated a whole music video to the genre. They’re great! There’s a wonderfully cheeky sense of camp value that comes with teen comedies and Bring It On is no exception. Seriously, this movie is campier than half of the looks at this year’s Met Gala. That’s right, I went there. A majority of the movie’s camp comes from Dunst as Torrance. I adore Kirsten Dunst. She’s always so peppy, down to clown, and I feel like she GETS IT. Her performance as Torrance is reminiscent of Alicia Silverstone in Clueless or Reese Witherspoon in Legally Blonde (2001). Though her character could have easily been written as a ditzy bubble-head, there’s so much more to Torrance. She’s clever, welcoming, incredibly hardworking and knows how to stand up for herself, traits that make her a well-rounded and engaging protagonist. I always appreciate when a movie portrays its protagonist as passionate to the point of obsession. understanding just how important cheerleading is to Torrance makes us as the viewers understand how important the movie’s stakes are. Dunst totally nails Torrance’s unwavering commitment.

Coming out in 2000 puts Bring It On in a unique position. It perfectly bridges the gap between the teen comedies of the 90s and those of the 2010s. It was interesting to watch and pinpoint the movies that clearly inspired it, as well as the movies that it would go on to inspire. Like, Torrance and Cliff’s relationship is very much like Cher and Josh’s in Clueless (that’s three references in one review for those who are keeping track) and the cheer-off between the Toros and the Clovers is straight out of Pitch Perfect (2012). By the way, can we agree that if this movie were made today, Darren Criss would totally play Cliff? Except with eyeliner and an ironic The Who t-shirt. Speaking of Cliff and Torrance, I have never seen two characters have such palpable chemistry while brushing their teeth. It was adorable and I loved it. 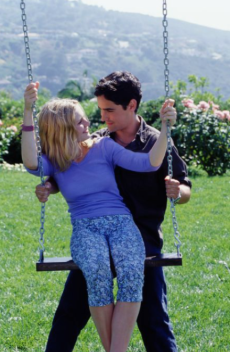 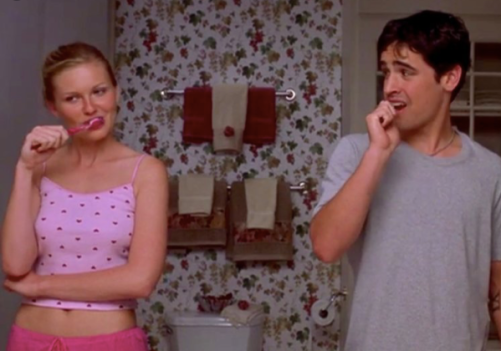 Can we please talk about Gabrielle Union? First of all, I don’t want to brag, but one time she liked one of my tweets so we’re basically best friends. By the way, be sure to follow @LukesLivingRoom on Twitter. As Isis, the Clovers squad captain, Union is mesmerizing. I feel in love with the eclectic cast of characters that make up the Toros, but there were times I found myself thinking, “I kind of wish this movie were about the Clovers.” In a movie already filled with charismatic, zany characters, the Clovers bring a level of fun and charm that demands the spotlight. The Clovers are obviously a ton of fun and have their fair share of comedic moments, but they also ground the movie and break up the campiness with some actually emotionally resonant and poignant scenes: “God, it’s like every time we get some, here y’all come trying to steal it, putting some blonde hair on it and calling it something different.” Gabrielle Union is such a queen. A queen with magic powers clearly because damn, she looks the EXACT SAME today as she did 20 years ago. 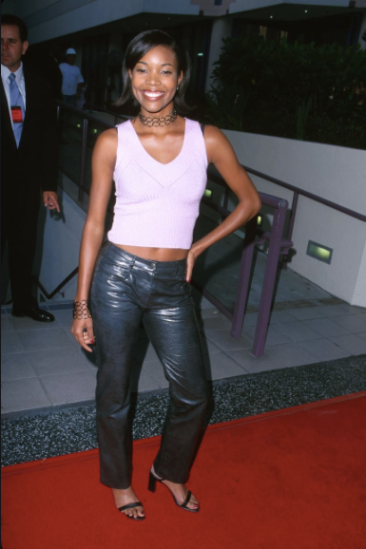 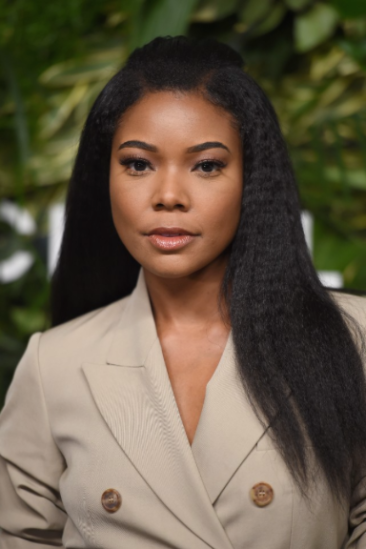 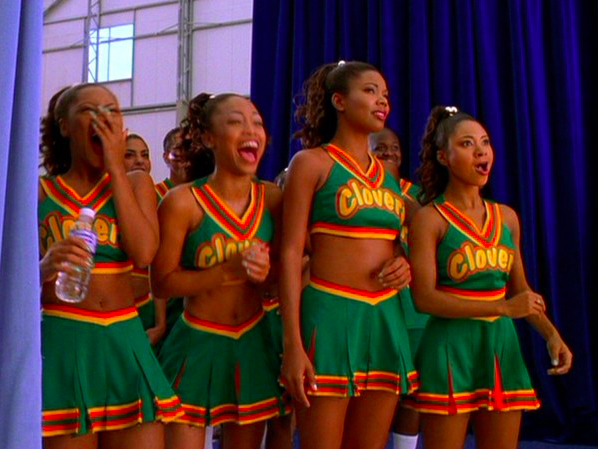 Like rom-coms, teen comedies have a habit of following the same formulaic and clichéd plots. And I’m not mad at it. AT ALL. Being able to predict what’s going to happen is a major part of what makes watching them so enjoyable! Was it obvious that Torrance would ditch her obnoxious jerk of a boyfriend for the sweet and alternative Cliff? Absolutely! Knowing that they would eventually end up together made me root for them all the more. Speaking of clichés, there is nothing I love more than a “bad audition” montage. I’m proud to say that Bring It On joins the likes of Pitch Perfect, High School Musical (2006) and La La Land (2016) in the “Bad Audition Scene Hall of Fame.” As great as clichés are I’m actually relieved the movie decided to shake things up and not have the Toros win the big competition in the end. I loved watching the hilarious montage of the Toros intensely preparing for the big day, but it’s so much more gratifying having the Clovers come out on top. Plus, the Toros already won because they persevered, came up with an original routine, and became better friends. Isn’t that what it’s all about? 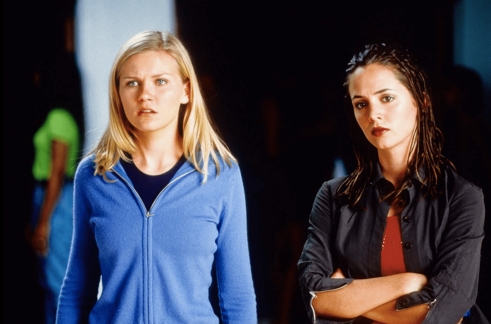 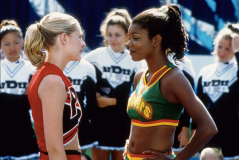 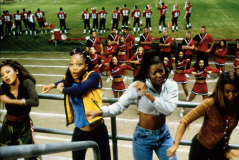 Though I’m not sure how much is actually done by the cast, the actual cheerleading in this movie is remarkable. The final routines by the Clovers and the Toros? Fucking incredible. My jaw dropped! It almost makes me want to watch one of the 20 stand-alone sequels to this movie. Although, without this winning cast, I don’t think they’d be worth watching. Except for the one starring Solange because, duh.

A movie I wouldn’t hesitate to watch again, Bring It On stands firmly at the top of the teen comedy pyramid. Quotable, lovable, and filled with an endless collection of hilariously cheesy 2000s trends and slang, Bring It On proudly  holds the Spirit Stick in my book. Also, I may not be American, but I think it’s a fact that the words “this is not a democracy, it’s a cheerocracy” are inscribed on the Washington Monument.

Are you a fan of Bring It On?